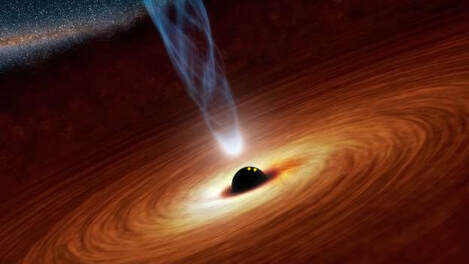 Briefly, what happened to the courts in the past:
The squash courts at No Limits Fitness were converted to boot camp area in 2019, in the owners' effort to bring in more revenue, to survive in a highly competitive fitness market.
The squash courts at the Racquetor were converted to office space when the building was sold in 2008. The facility had served the squash community for several decades. The new owner in 2006 ran it for two years and sold it in 2008, for 2-3 times their original purchase price.

​Both situations highlight the fact that sport facilities are successful when the owners are focused on the success of the sport and not on maximizing revenue. These facilities can be profitable, however sport is not usually the most profitable use of any space.

More background if needed:
2013-2019
Squash courts at No Limits Fitness closed August 2019. This facility opened in 2013, with a main focus on gym/boot camp/yoga. They also had two squash courts, which were not advertised or promoted much by the owners - the squash community did most of the promotion and regularly heard people say they didn't know there were courts in town. According to the owners, there were around 450 people playing each year.
The KSA ran weekly squash leagues, drop-in sessions, tournaments, and socials. Some TRU students played there, although it was challenging for those on a budget and without a car; transit took about an hour from anywhere on the south side of the river to the facility. The courts were fairly busy; more promotion and better rates for squash would have maxed out the courts.
Management was looking for ways to increase revenue, with the ongoing competitive nature of the fitness business, and especially with Planet Fitness' arrival in 2017 (the YMCA noted in 2019 that they had lost 1000 of their 6000 members after Planet Fitness opened). So in summer 2019 they decided to convert the court space to use for boot camp programs, to hopefully increase revenue beyond what the courts were bringing them.

2008-2012
Prior to 2012, the building that was to become the No Limits Fitness facility was an old, run-down bar on the north shore called Malone's. It had previously been a licensed sport facility, with several decades of history as "The Courtyard on 8th". By 2008, most of the focus and revenue was from the bar, although there were four courts available for play. Two became squash courts and the other two were used for racquetball and wallyball. The out-of-town owners decided in 2012 to not renew the lease, and put the building up for sale, when it was bought by the owners of No Limits Fitness.

Prior to 2008
The Racquetor Courts and Fitness on McGill served as the main squash facility in town for 30 years or so. In 2006 the ownership changed hands, and it was sold again in 2008 for 2-3 times the previous price. The new owner was a developer who gutted the courts and the interior, and then leased it out as office space.

TRU courts
These courts would have been installed whenever the Old Gym was built; there are faculty members who would have some insight into past usage.
2008-2012 period:
TRU american-style squash court: squash was available to students and the squash community in this court until April 2012, when construction began on Old Main and the court became a storage area.
The racquetball court was turned into a teaching lab sometime around 2008, when the workout equipment was moved out of the basement to that court.
Cost to prepare courts for play

There will be some cost to move equipment out of the courts. The KSA is willing to help with moving and may be able to help cover costs.

1) Squash court
The american-style squash court is probably ready to play - it was playable up until it was turned into a storage area. There may be no extra costs to use this court, unless damage has occurred since 2012. It has the narrower design of these older courts, and players who are used to the modern courts find it slightly odd, however the court plays decently. A minor note: both this court and the racquetball court have unusually wide gaps between the floor and the side walls, which could be easily filled with wood or plastic wood.

Materials needed:
- Back wall frame (the KSA has metal frames in storage and will donate one; if a wood frame is used, it will need to be purchased and assembled)
- Tempered glass for back wall (will need to purchase)
- paint for floor lines (purchase, approx $30)
- tape or paint for wall lines (we have tape in storage)
- tins for front wall (in storage)

There are three options:
(a) convert this court into just a squash court with the use of a back wall frame, which can be bolted to the floor and braced to the existing back wall, or
(b) install a movable back wall frame, so that the court could be used for racquetball/wallyball* and squash. A groove would need to be cut into the side walls to insert a slotted metal bar on each side, and the frame will roll back and forth guided in that metal bar, locking into place in two end positions. This option is workable although it would be slightly modified, as the frame would end up resting against the existing concrete back wall (I am guessing they will not want to remove the concrete wall, although it would increase viewing and make for a better installation).
(c) there is a third option for the back wall: it could be constructed with 2x6 framing and plywood covered with melamine; the KSA used this method for two courts at the Malone's bar. Although this method would be the least expensive, it would also limit viewing of play in what would be possibly the better of the two courts for squash.)

The KSA can supply the metal frame as needed, we have one of each type of frame in storage.

The tempered glass will need to be purchased for the frame, at an estimated cost of $2,600-3,000 (Century Glass estimate is 2,600 for glass, not including installation but we can likely manage that with a little help from them)

Tins (front wall out-of-bound zones) can be easily installed on the front wall, KSA has them in storage.

​*For reference, the number of squash players in Kamloops recently was apparently 400-450 each year at the two courts on the north shore. There were very few racquetball players (<10) in the recent past, and approximately 15-20 wallyball players played last year. 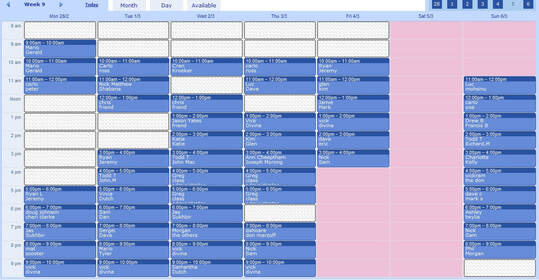 Prior to April 2012, we used a free online booking system previously with the TRU court and other courts. The one we used was from https://www.supersaas.com/, it was simple to use and I would recommend it; there are many other available online options.

Fees: the court was previously provided to students at no extra charge, and community members paid $5 to play, or $30 monthly (I think faculty paid a discounted rate). Fees were collected by front desk staff and also placed in a box outside the court when staff were not on duty.
​
Booking display: we set up a monitor to display bookings in the hallway of the entrance in the Old Gym building, however with the current prevalence of smart phones, the monitor is likely now unnecessary.